All Posts by insight

How to Transition from Public School to Homeschool 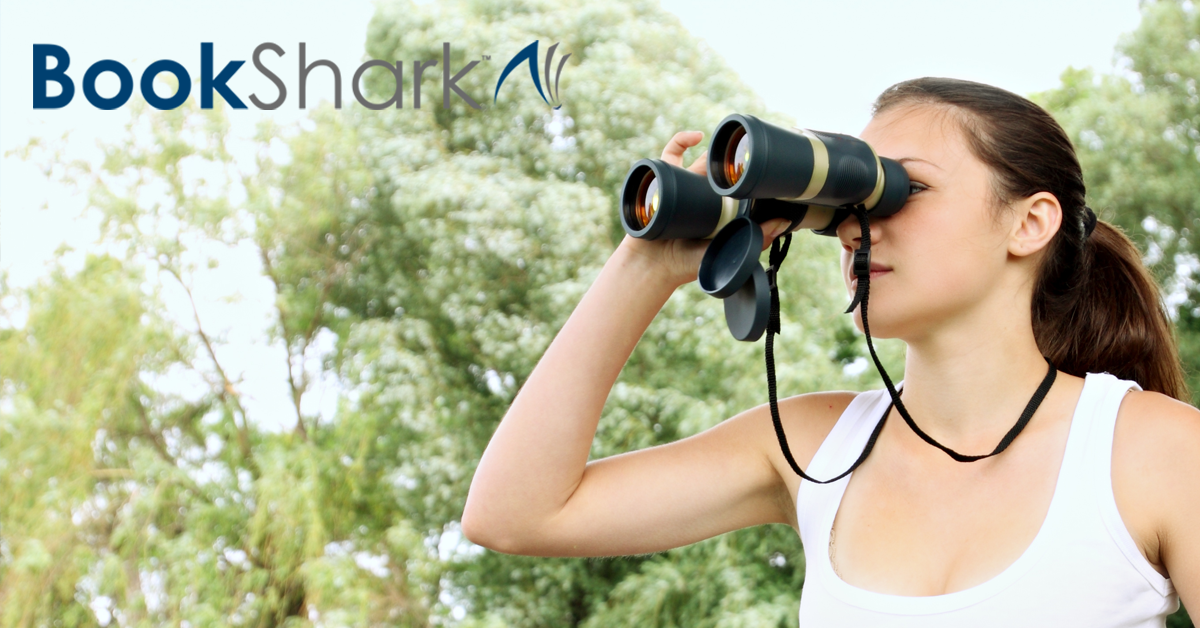 Change is not a favorite among children. One may argue that adults don’t often love change much either. As such, parents need to prepare to transition their children from public to homeschooling. Part of that preparation will be for the parent and part of it for the child. This will be a big change for both of you. However, it can be a very exciting one.

1. Be clear about why you’ve decided to homeschool

There are undoubtedly legitimate reasons you’ve decided to homeschool your child. You may feel uncomfortable with the public school curriculum, you may notice your child loosing their love of learning, and you may notice your child is falling behind in school, despite being very capable of academic success. Perhaps you want to give your child an education that is more satisfying to their curiosity of the world, with a less rigid schedule. You could simply believe homeschooling is a better form of education. Whatever the reason is, write it down, say it out loud, or talk to loved ones, so that you can solidify your intentions. That way if things become difficult during the transition, you can feel firm in your decision to homeschool, and refer back to your very clearly defined goal.

The beneficial research for homeschool spans many different areas.

First, read about and have conversations with other parents who have decided to homeschool. You can find numerous conversations via forum posts.  Websites like welltrainedmind.com offer countless threads about why you should or should not homeschool.

Investigate community resources.
You may find activities or programs for homeschool children offered at your public library or recreation center.  Some school districts offer free curriculum and support if you enroll in their school district.  There are numerous states that offer these kind of programs.  BookShark can confirm that California, Hawaii, Alaska, Washington, Colorado, Wisconsin and Idaho all offer publicly funded support and curriculum.

Find local homeschooling cooperatives and support groups.
You may be surprised at how willing your local homeschool community will be to share activities, ideas and lessons. One mother in your community may have been a biology major and want to host weekly labs at her house. Another community member may have been in theater and want to start a theater group for the homeschool (and perhaps public school) students. You’ll never know until you investigate. What might you be able to offer as a community class?

Take a look at the various types of curriculum available for homeschooling.
BookShark’s program is literature-based. Many families find it to be an effective and enjoyable way for their children to learn, as well as a way to build deeper relationships within the family dynamic. Read more about the benefits of a literature-based curriculum here.

3. Become familiar with the learning style of your child

There are seven defined learning styles of human beings. They are visual, aural, verbal, physical, logical, social and solitary. If you are having a difficult time identifying your child or children’s learning style, they can take an assessment test online.  A good public school educator will incorporate all seven learning styles into lesson plans. However, it can be difficult for a traditional school educator with a classroom of 20+ children to cater to every child’s individual style. Understanding how your child learns, and focusing your lessons in such a way to accommodate their style, will provide your child with a tremendous opportunity to learn more, and learn better. 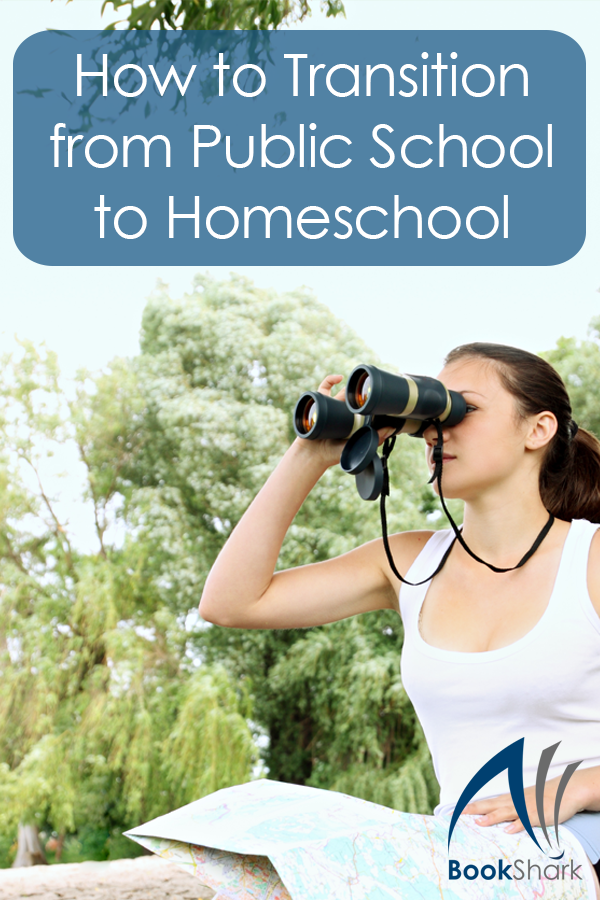 Unless you have a background in education, schooling can end up being whirlwind that takes on a life of its own. It’s helpful to create a list of goals for the semester in advance. What specific skills do you want to focus on to create a base level for all further education? What parts of history do you want your child to know by the end of the semester? How many books do you want him or her to have read? There are many different goals that can be set in addition to the goals set forth with your chosen curriculum. Write them down and keep them handy. This will help focus you, and orient your curriculum and activates in the most productive way possible. Fortunately, the BookShark Curriculum in full-grade packages offers you everything you need to educate your child or children for a full academic year.

You don’t want your entire house to feel like a school. That will make it more difficult for you and your child to ever feel like you are truly taking a break. Create a schooling area in your house. Get supplies you will need—like paper, pens, notebooks, index cards, markers, craft supplies—and organize them. Place all of the books you will be using in one convenient bookshelf. It would be ideal for this space to be comfortable and have natural lighting, so that it feels positive and inviting.

Public school has a clear schedule, certain expected behavior and a set amount of activities. Children are around other children all day long, and they are also able to slip into the cracks. Homeschooling provides the opportunity for an entirely different approach to learning. Schedules can be more relaxed, lessons can be focused on things your child is already interested in, and the one on one attention is a complete turn-around. While these things are positive, they are also an adjustment for your child. You may hear questions like, “I don’t even understand what I am supposed to be doing.” When learning starts to look and feel differently, a child may think something is wrong.

It is just a matter of time and adjustment. Don’t try to recreate a public school in your home. Remember that the amount of hours a child is at public school is not equal to the amount of hours they are actually learning something. Keep learning sessions reasonable and ease into things. Eventually, your new schedule will become normal to the child and they will be fully immersed in their new way of learning.

The six steps above are an excellent start to preparing for the adventure of homeschooling. The more prepared you are, the more confident you will feel as you transition into being more responsible for the education of your child. 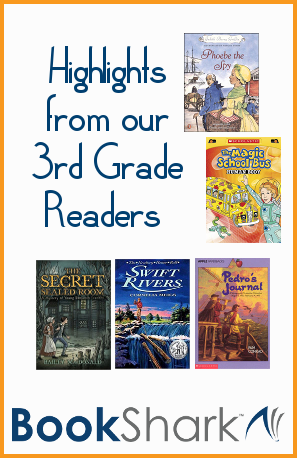 BookShark believes that reading is the keystone of learning. For that reason, we have educational experts carefully curate our books which form the basis of our curriculum and serve as the basis for BookShark’s Proprietary Instructor’s Guides.

Our curriculum programs in every grade are supported by highly researched and proven sets of readers. And we’re proud of them. We wanted to take a moment and give you a feel for the highlights of the Third Grade readers.

The Third Grade book list encompasses a range of content, perspective, style and award-winning titles. Here is a spotlight on five included books: 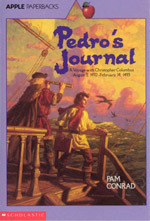 Set in the period of 1492-1493 during the actual voyage of Columbus to the New World, Pedro’s Journal uses historical facts and research as its backbone, and fills out the story with historical fiction. In it we meet Pedro de Salcedo, who is a ship boy aboard Christopher Columbus’ Santa Maria. The story of his journey across the Atlantic and around the Indies is told to us through his journal entries.

We learn about the native people he encounters and how the Spanish explorers treated them. Pedro also talks about Columbus’ character—describing him as egotistical and hot-tempered. This creates an opportunity for discussion about what having character means. This quite direct and accurate representation of Christopher Columbus’ journey provides many avenues for learning.

In it children do their own exploring through history, through geography, and through exposure to ways of life that are not their own. Readers also learn about historical figures, the Renaissance, and they are given the opportunity to think about confronting and resolving fears.

2. The Secret of the Sealed Room 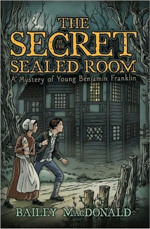 Can you imagine what a young Benjamin Franklin would have been like? In The Secret of the Sealed Room, readers are given the opportunity to do just that. A young Franklin joins forces with a young indentured servant named Patience, who has fled after her owner has been poisoned and robbed—a crime of which she is the greatest suspect. The two work together to find the true murderer and thief, and free another of the wrongly accused. Through this mystery, readers experience what it was like in early 18th-century Boston, especially as a poor child.

Each chapter begins with a real quote from Ben Franklin, adding to the book’s educational value. Also, readers experience 14-year-old Patience’s struggle with her modern ideas about women, which don’t match up to the times. All the while, readers are developing a more interactive understanding of one of the most important characters of American history—Benjamin Franklin.

3. The Magic School Bus Inside the Human Body 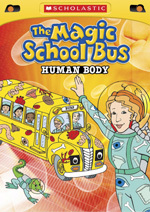 After and teaching her class about the human body and taking a field trip to the science museum, Mrs. Frizzle shrinks the bus and the class–except for Arnold, who swallows them. Readers are then taken on a journey both inside and outside of the body. Inside, the bus travels through the digestive system and enters a blood vessel while a character talks about the properties of blood cells. The students even get out of the bus (while still inside the body), climb down the bones of the spine, and learn about nerves and muscles. The students eventually do make it out of Arnold’s body and are then able to chart the human body from actual experience.

This reader is a superb example of how reading provides a basis for education in a wealth of traditional third-grade subjects. 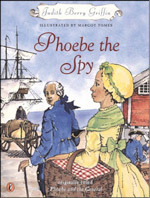 It is 1776 and the setting is Manhattan. Thirteen-year-old African American Phoebe is a housekeeper in the home of George Washington, who at the time was a Revolutionary War leader. Except she isn’t a housekeeper at all—she’s a spy. Phoebe has caught wind that someone is planning to murder Washington, and she is determined to protect him.

Readers learn about African-American perspectives during the Revolutionary War, and women’s history. They learn about courage, bravery, heroism and honor. And equally, if not more important, children learn how all it takes is a “regular girl” to change the course of history for good. 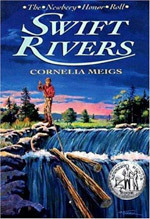 Eighteen-year-old Chris takes readers on a truly American journey after he cuts down trees to make a raft, and takes that raft down the Mississippi river to the lumber Mills in St. Louis. He’s decided to leave his grandfather’s small cabin in Minnesota, and give way to his dream of living his life like the wandering Easterner he once heard about. The novel is fast-paced and adventurous—and full of information and images about the United States in1835 during the early days of the logging industry.

These are only five of the readers that comprise the third-grade BookShark curriculum, but they offer a flavor of what you can expect. Superb stories, historical perspective, a cross-disciplinary approach to learning, and a sense of curiosity and creativity.